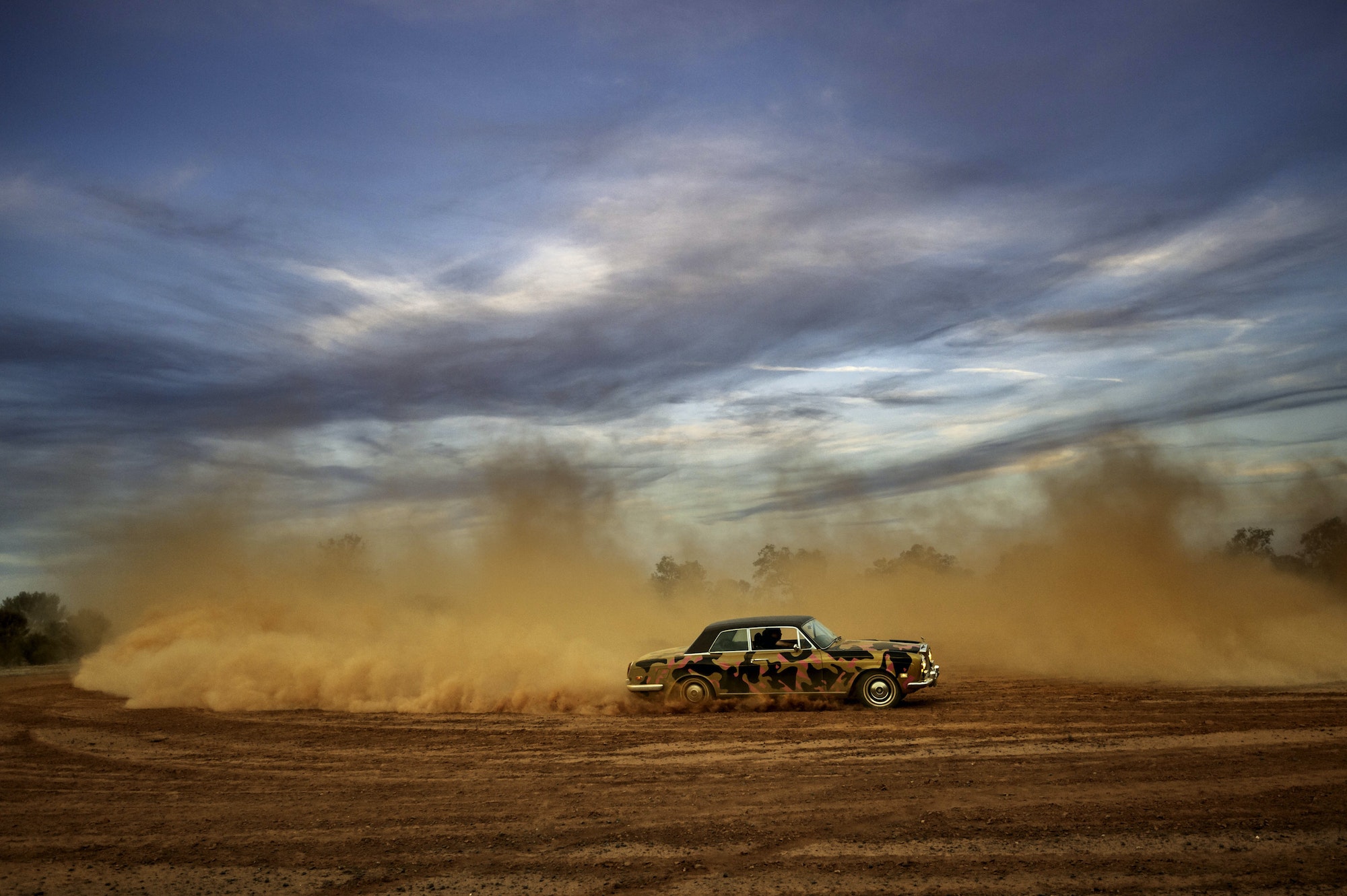 Golden Square is our swirling vortex of contemporary art from Australia and abroad—a concrete temple to big ideas.

A dead beached whale and the hull of a ship are washed by the artist on the shores of Newfoundland. Invocation for a Wandering Lake is part of the hearts of the people are measured by the size of the land.

Glowing, frozen blocks of lake water on Golden Square’s roof slowly melt; while marine microphones embedded within record the cracking ice as the melt leeches out of the carpark and into the city.

Mythical beasts, creatures of the night and spiritual beings march sporadically throughout the night in a parade of collective moon worship.

The sun sings a gospel—trolling you in the moments before extinction.

A hamburger levitates before your eyes. The most powerful food object in the industrialised world and a totem of US cultural expansion—floating precariously in space, ready to fall from grace.

A figure crawls on the street of Manila in a film made a year after the Edsa Revolution—the revolution that ended the 20-year presidency of Ferdinand Marcos.

Juan Gapang (Johnny Crawl) is part of the hearts of the people are measured by the size of the land.