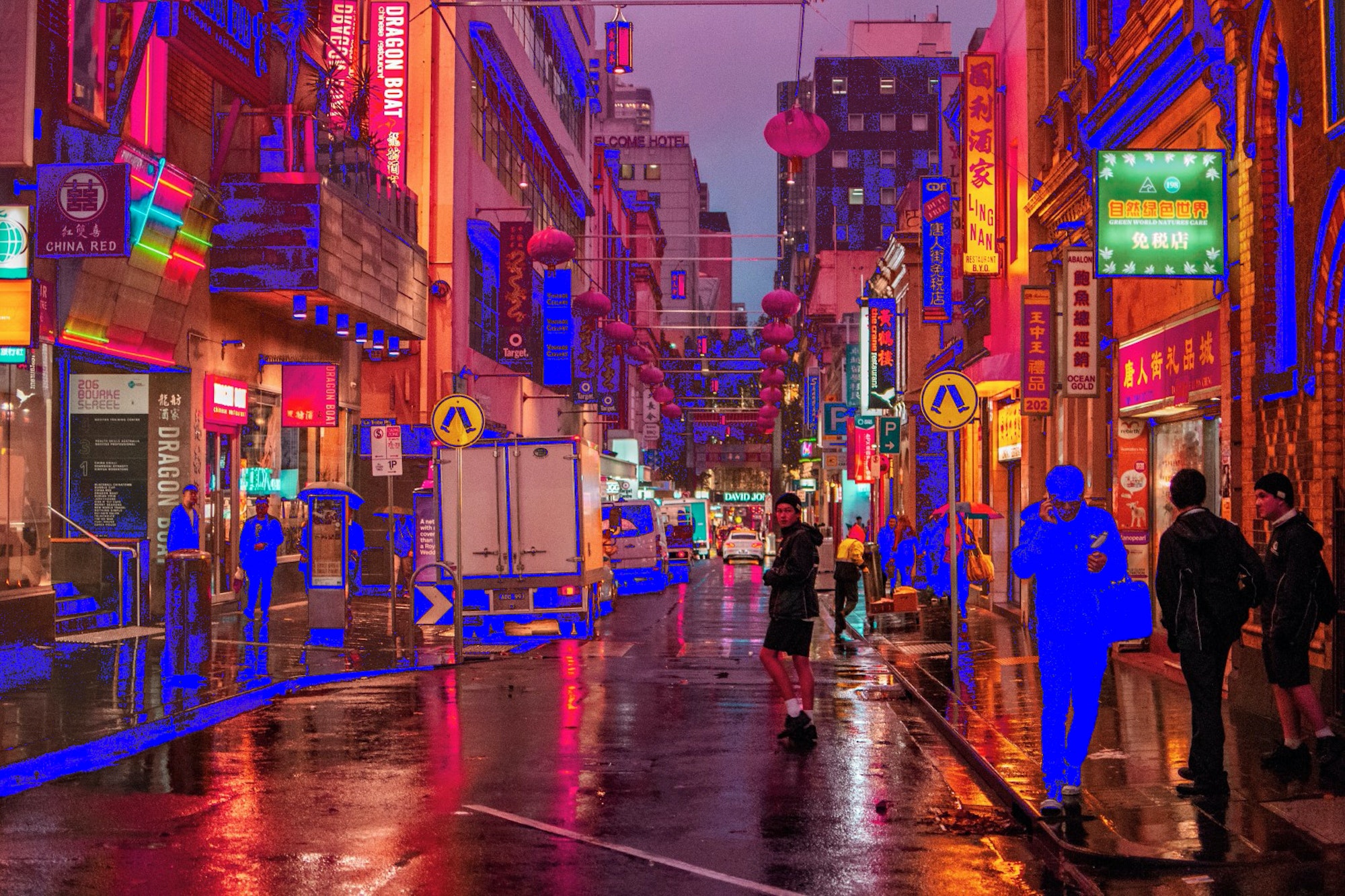 An artist's guide to food and drink

Take a trip through Chinatown's winding laneways to some of artist Jason Phu's favourite bars and restaurants.

We all have our favourite spots in Chinatown, the ones we go back to for dim sum mornings, late-night feasts and the family's-in-town lunches. But Chinatown rewards getting lost and finding yourself again, face-first in a steaming bowl; or grasping for dishes off a spinning communal table. RISING is the time to try something new and pull up a chair at someone else's go-to.

Either side of their Parade for the Moon weaving its way through Chinatown and Golden Square, these are the spots where Jason Phu and his Parade collaborators Nabilah Nordin, James Nguyen and Veisinia Tonga will be eating—and think you should too.

Yamato Japanese Restaurant on Corrs Lane (not to be confused with the one on Exhibition St), is intimate and warm, the perfect spot to share sukiyaki as your knees bump together on the tatami mat. After you're done, Section 8 is right there. Go for a dance.

Pacific BBQ Cafe is the sort of place where you'll want to try one of everything on the menu—so either bring plenty of friends or schedule in a return visit. Phu recommends—or really, insists—you get the roast duck, soya chicken and BBQ sweet pork. Do as you're told.

Order a strong coffee and share something sweet at International Cakes, before paying a visit to the glorious Chinese Dragon at the Museum of Chinese Australian History. After wandering through the museum's exhibits, get lost in the aisles as you stock up on snacks at Great Asia Food Store. It's on the ground floor of Golden Square Car Park—how convenient.

Adding a beer onto any dinner of dumplings, Korean fried chicken or gyoza is always a good idea, but if you're only after the froth Phu has a hot tip: the Exford Hotel. Open late, with a bottle shop that has seen us through many last-minute Chinatown BYO runs, it's also the closest he's found to the kind of no-frills grungy pub he became accustomed to living in Sydney.

When you're looking for a classic post-midnight feast, the only answer is Supper Inn. Tucked down at the tail of Celestial Avenue, it's got great food and a boisterous atmosphere. Perfect for when the show is over but the night isn't.